A downloadable game for Windows, Linux, and Android

RTS (real-time strategy) game for 2 players, with some twists. Players gather resources and attack the other player, also drawing lines to hinder the other player movement.

Both players play on the same screen (no scrolling). Each player has 10 seconds for move (it is also possible to configure the game in "simultaneous" playing mode).

The game can be played on PC (each player then takes the mouse for 10 seconds), or Android (two players drag on a single touch screen; multi-touch works, so drag as you like).

Build buildings by dragging them from the sidebar.

At the beginning, you do not have any buildings or units. Your only move is to build a Headquarters (drag the "Build HQ" icon), and then train a peasant (click on HQ). Then you can instruct the peasant to gather wood, and eventually you will be able to train more peasants or build barracts (that in turn will allow to train soldiers).

The ultimate game goal is to destroy your enemy: kill all his units and destroy his buildings.

When you command a unit (a peasant or a soldier) to go somewhere, you draw a line on the screen. This line cannot be crossed by other commands. This way you may make it difficult for other player (and yourself) to make other commands (to gather resources or attack you).

By drawing correct, long lines, you not only direct your units, but also make it more difficult for other player to win. Line drawing works very nice with a mouse or a multi-touch touch screen (like on Android). 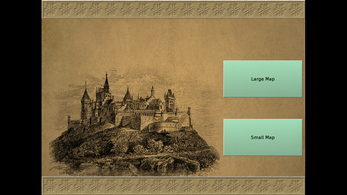 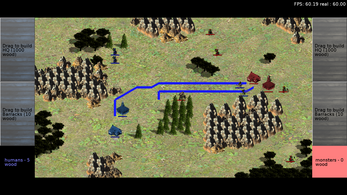 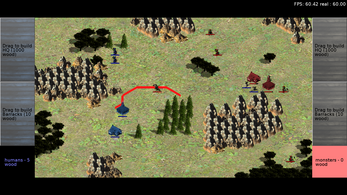 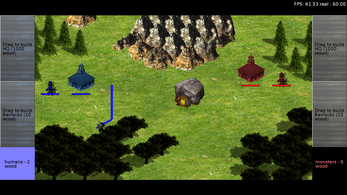 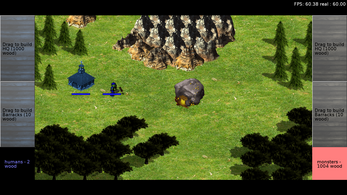